The convergence of Artificial Intelligence and people 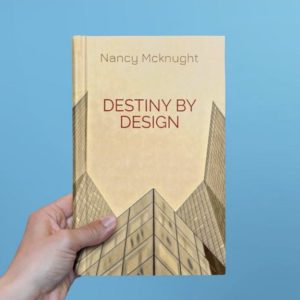 Plans are afoot in the United States to merge the capabilities of artificial intelligence (AI) with all the power that a human brain can produce, by implanting a small chip into a person’s head. Such a technology, if and when it takes off, could have wide reaching effects for many a walk of life, but could be harnessed by the graphic design sector to the mutual benefit of both the business and the clients themselves.

In merging people with AI in the graphic design sphere, companies can implement more streamlined work processes, thereby saving money in the process. The design company will be more efficient throughout the project in question and can pass on these efficiencies to the client, making for a happier design team. Before the project is started, the design team can introduce better work practices and can be more precise and exact while carrying out the project.

Elon Musk has stated the intention of making a technology that will merge a person’s brain with a computer. But he admits, that the idea of letting people control their laptop or link up directly with the internet with their thoughts is a long way away. There are hopes that this new technology can be used in the graphic design business.

The whole idea behind a brain-computer interface is that it will give a direct path of communication between the person’s brain and another device. These interfaces can make use of electrodes to interpret signals from the brain, and a computer that changes these signals into mechanical commands, which will then perform a desired action on a computer program or laptop for instance.

When a person in a design team works with a chip in his head, he has the potential to be more precise while carrying out his design functions. For example when choosing which picture should go in a project, the user can pick out photographs with greater definition than otherwise chosen and in a speedier manner. He has also got the new found ability to make alterations to font size and settings than he would have otherwise.

By merging people’s brains with computers, the technology has the chance to be more inclusive and a design business would be able to employ people who are paralyzed, and who would do their jobs through thought or indeed through voice, and they would be able to work from the comfort of their own homes, thereby reducing overheads for the design company. In the process, not only will savings be made but human error will be reduced also.

By using the technology of the chip in the person’s brain, tapping into all the benefits and advantages of AI  would lead to a speedier project. The designer can do his job by thought, instead of having to tap into the computer commands by hand on the keyboard, and can move pictures from one part of the screen to another. The AI aspect of this new technology would allow a design team to meet tighter deadlines, and to actually turn over more projects in the year.

The hope is that there will be a future in which a user could opt in to acquiring one of these interfaces and get a so called ‘symbiosis with artificial intelligence.’ Using such an interface, people will be given the option of becoming one with A.I. This could be of particular interest to those nay sayers out there who have been suspicious about the threat that an increasingly more powerful A.I. could end up posing to humanity as a whole.

By using the possibility whereby a chip can be implanted in people’s brains, the technology could revolutionize the design sector. It would provide for a design business which is more precise and speedier, and one which can bring new found efficiencies to the project in question. The convergence between AI and human intelligence is imminent and will open up a world of science fiction movies and bring it with aplomb to the design tables of offices throughout the world.